Sam Fender recently announced a headlining North American tour, and he will be coming to Irving Plaza on Tuesday 9th August, 2022 for one of the performances. This September, he will also be joining Florence+ The Machine on its 2022 tour. The tour includes notable performances in New York City, L.A, Toronto, Seattle, Portland and Vancouver. It begins on 30th July and concludes on 25th September. Fender will also be playing at this year’s Lollapalooza music festival and Quebec’s Osheaga festival. The tour supports his latest album release, Seventeen Going Under, which was released in 2021 to critical acclaim. Catch the English musician live as he celebrates his second studio album with a U.S tour. Make sure you get your tickets right now before they are sold out! 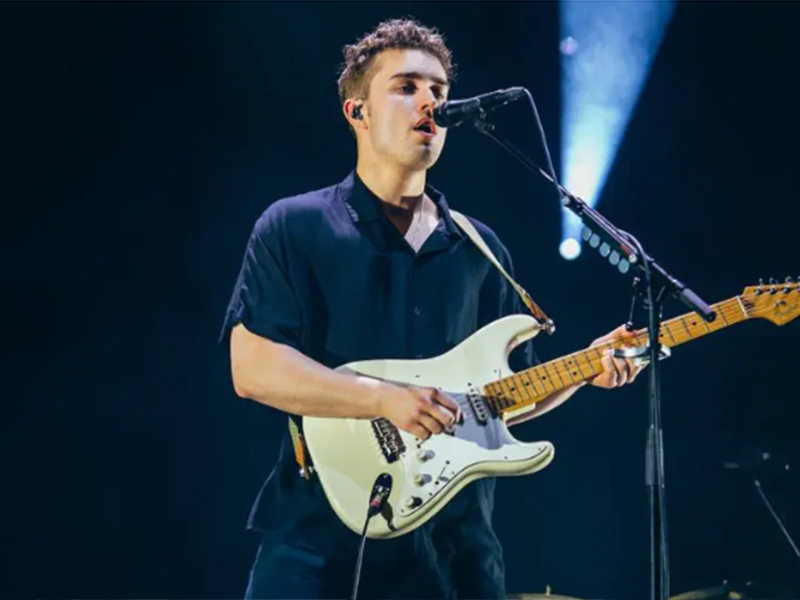 Seventeen Going Under was one of the biggest hits of 2021 as it debuted at No.1 in the U.K. charts and won the artist a Brit Award for best alternative/Rock act. The artist has a unique ability to turn his own experiences into incredible songs, and this album was a more intense personal experience than his 2019 debut album, Hypersonic Missiles. The artist also released other singles such as “Get You Down” and “Spit Of You”, which he also performed on The Tonight Show with Jimmy Fallon last year.
The forthcoming tour will be Sam Fender’s first appearance stateside since the release of his album. The album’s title track has been a worldwide hit, and the song peaked at number seventeen on the Alternative radio and number 10 on AAA. Fender has gained a massive reputation as a global superstar in a brief time span and his fans in the U.S. eagerly await his arrival. The artist’s Geordie accent and tenor voice is much anticipated in this part of the world. He has previously performed sold-out shows, and the upcoming tour is expected to have a similar response. If you want to see him live at Irving Plaza on 9th August, get your tickets this instant before none of them are left!