The perfect way to relax after a hard week, come an unwind with this incredible live show of Pillows and Beer, at Irving Plaza in New York. Craig Conover and Austen Kroll are finally live and on tour, so come and catch up on their off camera lives with all the jokes, mishaps, beer drinking, restaurant fires and more! Get your tickets right now to ensure you catch this remarkable evening you won’t want to miss! 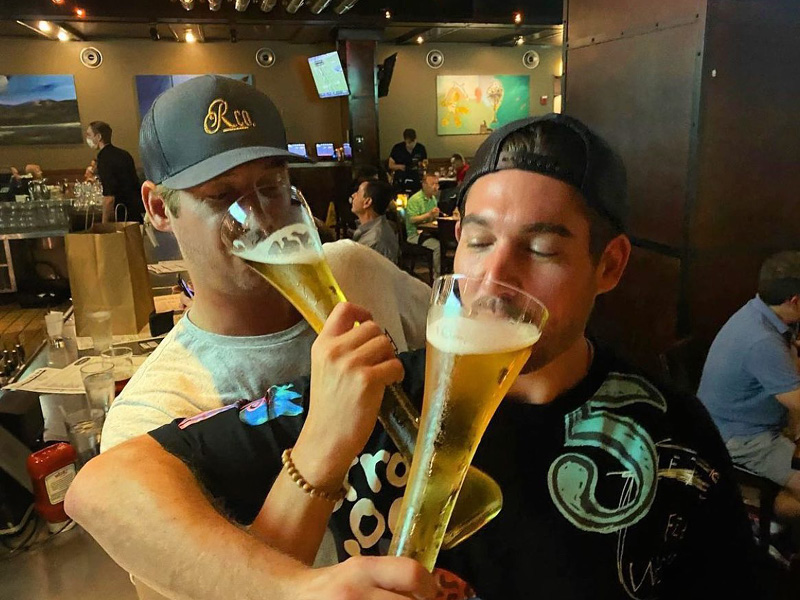 Performed live in front of a jam-packed audience, Pillows and Beer will be in New York, New York and is going to be one of their best shows ever. Craig Conover and Austen Kroll discuss their lives outside of reality TV and show who they are behind the camera. Listen as they are joined by celebrities and friends and talk about the simple aspects of dating to their wild adventures from all around the world! What are you waiting for? Get your tickets right now!

Craig Conover is a very talented actor, lawyer, and entrepreneur from Delaware. He is mostly popular for his role in ‘Southern Charm’. He is also actively involved in helping children with domestic violence and abuse.

Austen Kroll is a craft beer specialist, an entrepreneur and a reality TV personality. He is the latest cast-member of Southern Charm in Season 4 (2017). Similarly, he is also known for starring in Bravo’s “Winter House.”