Omah Lay is bringing his Boy Alone World Tour to New York’s Irving Plaza on Monday 12th September 2022. The Nigerian star recently announced his U.S tour, which kicks off on 7th September and makes notable stops in New York, Atlanta, Chicago, L.A and many other destinations. The tour celebrates Lay’s debut album release, Boy Alone which came out on 14th July. The album has already been a massive fan favorite, and fans are excited to hear it live for the first time. The artist has gained widespread recognition since 2020 when he released his breakout single, “Bad Influence”. Catch him live for an incredible performance at the famous Irving Plaza by getting your tickets right now. Hurry up, before all of them are sold out! 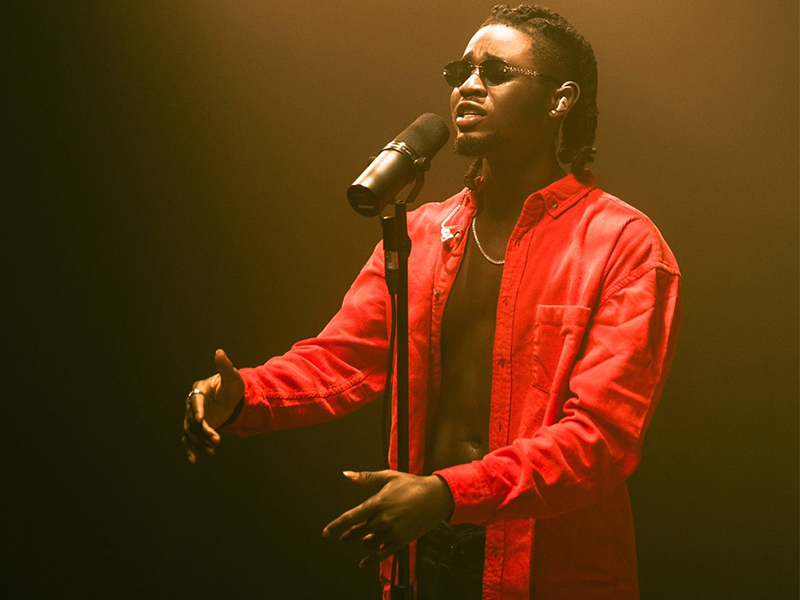 Omah Lay gained attention in 2020 because his single "Bad Influence" was one of the year's tracks. The single was self-produced and initially gained a lot of traction on social media. In 2021, the artist signed with Warner Records and went on a sold-out U.S tour. He will be looking to replicate the success of that tour on his upcoming performances as fans are also hyped about his Boy Alone World debut album. The album is a true reflection of his skill as an artist and indicates that he will be a huge star in the days to come.
He has collaborated with some of the biggest names in the industry and featured on Masterkraft's remix of Justin Bieber's hit song, "Peaches". He also collaborated with him on the single 2022 single, "Attention." His outstanding talent led him to the Next Rated award at the 2020 Headies Awards. Lay is also recognized as a very good live performer who knows how to light up an audience. It is expected to be a big concert when he takes the stage at New York's Irving Plaza, one of the most iconic concert venues in the country. If you want to catch the Nigerian sensation live, make sure you buy your tickets ASAP because they could be gone very soon!