Jerry Cantrell comes to Irving Plaza on Tuesday 5th April 2022. He is already on his North American spring tour, which started on 24th March 2022 at First Avenue, Minneapolis, Minn. Jerry Cantrell is on his trek to promote his solo album, Brighten, released on 29th October 2021. Cantrell will be putting up shows at 29 venues in America and is looking forward to seeing a huge wave of fans making it to all the concerts. Brighten is Cantrell's first full-length self-made album since 2002 and has been a massive hit since its release. Jerry Cantrell is renowned for putting up incredible live performances, and so, fans cannot wait for the upcoming gig at Irving Plaza. Get your tickets right now before they are gone! 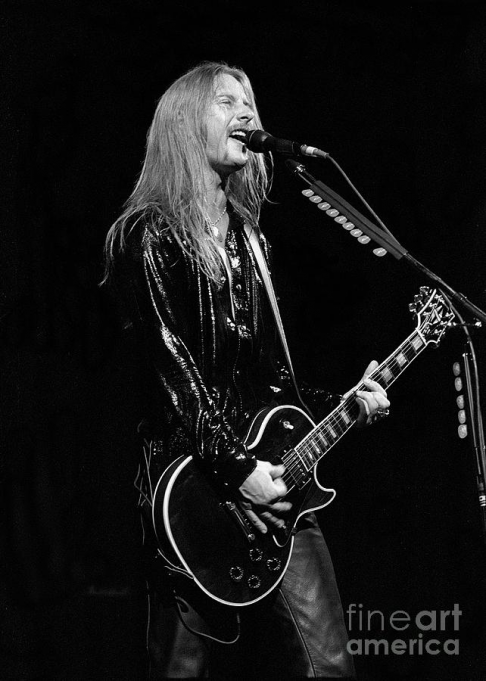 American singer, guitarist and songwriter, Jerry Fulton Cantrell Jr. aka, Jerry Cantrell is best known for his alternative metal and grunge. Cantrell is famous as lead guitarist, main songwriter and co-lead vocalist of the rock band, Alice in Chains. The band got its international fame in 1990s, because of the distinctive singing style and vocal harmony between Cantrell and Staley. Later, Jerry Cantrell started his solo career and released his first solo album, Boggy Depot in 1998. It gave a powerful start to Cantrell's career as it peaked at number 28 on the Billboard 200 chart and the single, "Cut You In" debuted at number 5 on Billboard's Mainstream Rock Tracks. After a while, in 2002, Jerry Cantrell released his second album, Degradation Trip Volumes 1 & 2 which also became a sensation for all metal lovers. His last release, Brighten is also receiving high acclaims from all over America, pushing up the popularity spike of the artist.
Despite having phenomenal vocals, Jerry Cantrell’s guitar skills are beyond belief. Guitar World Magazine listed him at 38 in 100 Greatest Heavy Metal Guitarists of All Time in 2004 and in 2006, Metal Hammer named him "Riff Lord". He is one of the most sought after music outfits in the US and hence ticket demand is on the rise. Grab your tickets now before they are sold out!