Feminist group Bikini Kill is ready to give another stellar performance at Irving Plaza on Saturday 9th July 2022 as part of their US tour. The band announced the dates of their 2022 North American tour, which was supposed to be held back in 2021, but due to some uncongenial circumstances, it did not go through. Now, Bikini Kill is all set for their lengthy trek, which will begin on 27th May at The Ground, Miami, with numerous performances at notable venues including Virginia, Tennessee, California, New York, Pennsylvania, Michigan, and many others. The band will take short detours for their performances in the UK, Canada, and some other countries, before wrapping up the tour on 17th September 2022 at Marymoor Park, Redmond, Washington. Hurry up and book your tickets now! 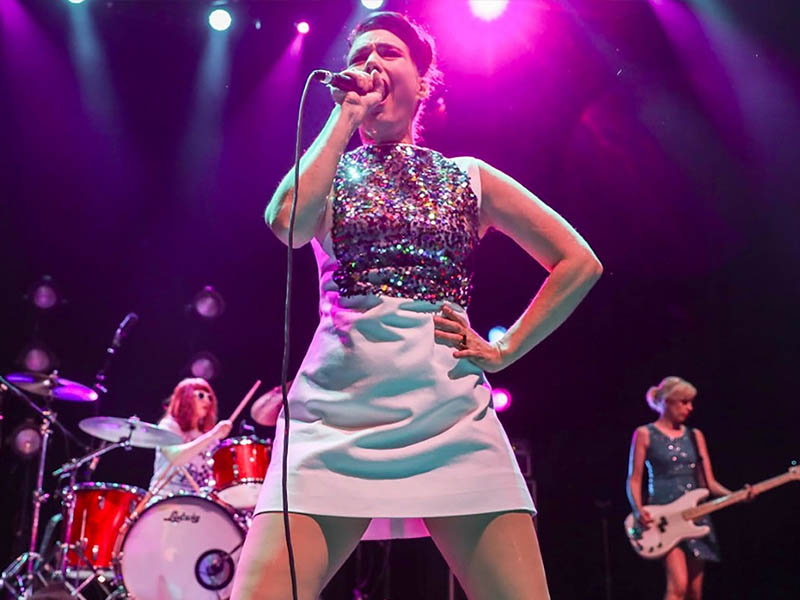 American-based punk rock feminist band Bikini Kill is known for its fiery performances and feminist lyrics. The group was the first to initiate the riot grrrl movement through their music, which helped them gain popularity across borders.
Initially, Bikini Kill released two albums, multiple EPs, and two compilations but later, the band got disbanded in 1997. In 2019, the band refueled itself to resume its performances and executed numerous tours worldwide. The band has a female cult following which is widely spread in all continents. Bikini Kill is renowned for putting up incredible live performances, so fans cannot wait for their upcoming concert. The demand for their live shows is too high that the band itself is sometimes unable to cope with it.
Bikini Kill is one of the most sought-after music outfits in the US. They have influenced major alternative rock bands, including Sleater-Kinney, Gossip, Sonic Youth, Tegan and Sara, Pussy Riot, and Nirvana. Their feminine lyrics have a huge impact as they helped bring together feminism, politics, punk, and music. Bikini Kill has released multiple albums and several songs in their whole career but the single, Yeah Yeah Yeah Yeah is their all-time biggest hit. Catch Bikini Kill live at Irving Plaza on 9th July 2022 by getting your tickets right now!