Japanese rock band, Band-Maid, comes to Irving Plaza on Friday 28th October 2022, as part of their U.S tour. The tour begins on 12th October from Seattle and stops at notable destinations, including L.A, Pheonix, Dallas, and more, before wrapping up on 29th October in Boston. The all-female rock band has a massive U.S fan base who await their arrival. They have been one of the emerging rock sensations on streaming platforms and have gained global recognition. The band has now been performing for seven years, and they are getting better every year. If you’re a rock music fan, you cannot miss out on this special performance. Get your tickets right now and watch Band-Maid play live at New York’s Irving Plaza on 28th October 2022. 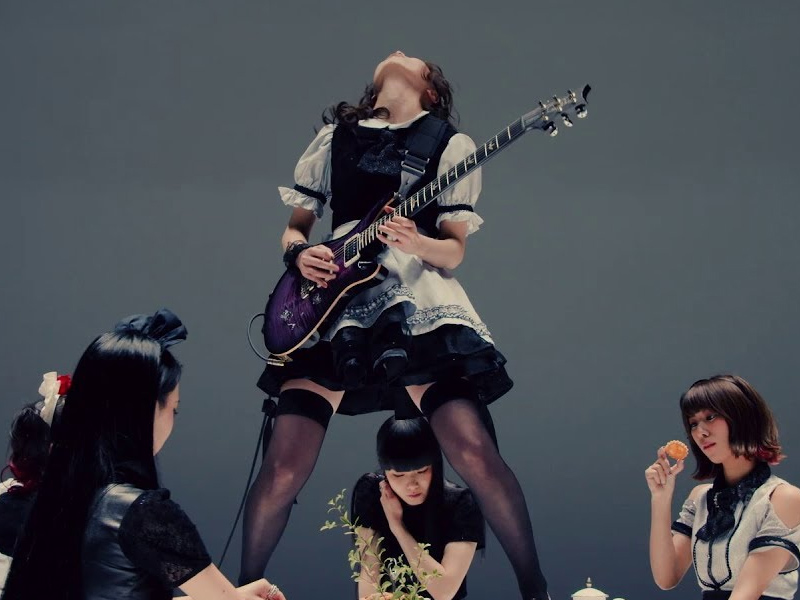 Band-Maid is a 5-piece all-female Japanese rock band that began in 2013. All of the members are highly skilled musicians and songwriters with their incredible display of immaculate guitar skills, pounding drums, and catchy lyrics. They have received global recognition for their music and have performed in U.S., U.K. and Europe to sold-out shows. Their Youtube views are more than 130 million and their fans love interacting with them through reaction videos.
The band released its fourth full-length album, “Unseen World,” in 2021. The album debuted at number 8 on the Japanese Oricon weekly albums chart and became a massive fan favorite in the U.S. The band also made a cameo appearance in Netflix’s movie “Kate” as they played in a concert scene. Their U.S. fall tour is hugely anticipated by their die-hard fan following, who awaits their arrival and is ready to be blown away with their authentic rock music. The band adopts a maid café hostess theme with their outfits, and they maintain their aesthetics throughout their tours. They refer to their male fans as “masters” and females as “princesses.” Their concert-style keeps their fans gripped till the end and their brilliant display of music is something truly special. So, all you masters and princesses, get ready for the experience of your life and catch Band-maid live in concert on 28th October 2022. Get your tickets ASAP!